While I wanted to capture them while they were fresh, some label things got in the way: nevertheless I wanted to write down some the memories of Outlook festival, which took place in Croatia in early September. Here they are.

I’m sure many of the regular visitors are used to it, but I was new to both Outlook and Croatia itself and the gentle green Adriatic climate and it really made the festival an exceptional environment to appreciate music in… the deep red soil interspersed with light sandy stones, the tall warm climate shrubs that enclosed the pathways to the festival, the deep moats and ramparts that contributed to a wonderful environment in which to absorb music – miles away from the concrete ex-airfield + shit food vans + perimeter fence that made up my first very festival experiences.

The experience started so well I worried I’d peaked too soon: Logos and I get out the plane in Italy and jump into the transit to Outlook only to find Wookie, Footsie, D Double E, Son of Selah and Moony in the bus. Two glorious hours later, where we’ve cut around the top of northern Italy, in and out of Slovenia and into Croatia, there’s the most amazing conversation going on, primarily Wookie and Footsie, with me edging the odd word in. Now we’re all members of the UK garage family, whichever way you look at it, so there was much common ground, but I’m more than happy to admit that Wookie is a full on hero of mine. While I don’t think he remembered, I’d interviewed him back in the day (2002?) but it was so much fun to re-connect and not only hear endless stories about eye-watering album advances from fellow garage scene acts, Soul II Soul insider dealings, but also to have the chance to tell him quite how influential his records were on the nascent proto-dubstep scene at Forward (Velvet Rooms) in 2001. I learned how “Storm” was a responses to certain mans other tunes and how he made the sucker-punch drop in “Far East”. For about 13 years I figured he’d shortened the pre-drop bar by some non-integer amount but instead the kick on the one after the drop is cut out, to lead with the snare on the two! An old hip hop trick apparently…).

But best of all was just sitting back and getting schooled by Footsie and Wookie about reggae. Both their fathers were involved in soundsystems by the sounds of things. (Oddly when we went to the hotel I opened my Pocket App and noticed this amazing piece of journalism… and Wookie’s in it!).

Outlook is a festival with a huge number of artists and the bus system they efficiently laid on to ferry us around proved to be an accidentally amazing source of experiences. On one reggae legend Daddy Freddy came sat next to me: we talked about football. On another we sat across from Source Direct chatting to D Bridge. Dusk had some comedy ride home with everyone singing at 5am: and when we arrived in the hotel I’d noticed Big Narstie and Remarc had signed in. Spyro sat checking his emails one morning when I came down for breakfast; Stanza from Scandalous Unlimited said hi. I thought to myself: “… if the festival itself is even half as fun as this then it’ll be a winner!” 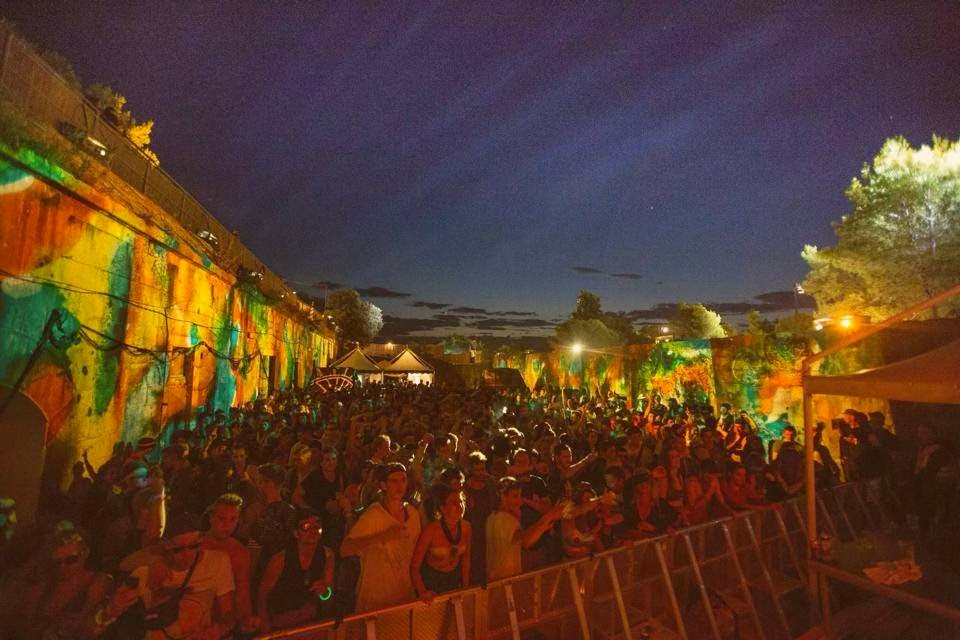 It was. We played relatively early: a two hour set on the Fort stage to usher the night in. Now two hours is a really nice set length, you can really go places and find spaces with it and what was best that by half way through the narrow, stone-wall lined moat space was full… and they stayed. Time after time, I just looked out over the crowd, usually when someone else was loudly killing it, and thought to myself: this thing really works. It’s like… working. I have no idea of the capacity of that moat but since you could barely see the back lets call it 500: about 500 people “get” what we’re doing. This strange dark-but-not-dubstep, rolling-but-not-garage, grimey-but-not-grime thing we’ve been on about since “roll”, since “this is how we roll”, since UK funky fizzled out.. it’s working. That was a glorious moment of reflection.


Here’s a rough sense of what we played at Outlook, plus or minus a few tracks.

(Why do I bother with tracklists? Is it because I love making lists and doing admin? Frankly: no. It’s because I want the people who are making sick music to get the credit, to get heard, to get where they deserve to be…)

Of course another great thing about Outlook was catching up with old & new friends: it was so nice to see Mala, Loefah, Pinch, Luke & Katya Recontrvct, Hatcha, Crazy D, Simon Scott, The Bug, Kahn and Neek, Koast, Gantz, Atlas, J-One, Son Raw, the three guys from Newcastle… damn I’m sure I’m forgetting people, not to mention all the DJs on the lineups like Wen, Etch, LV & Josh, Acre, Mumdance… 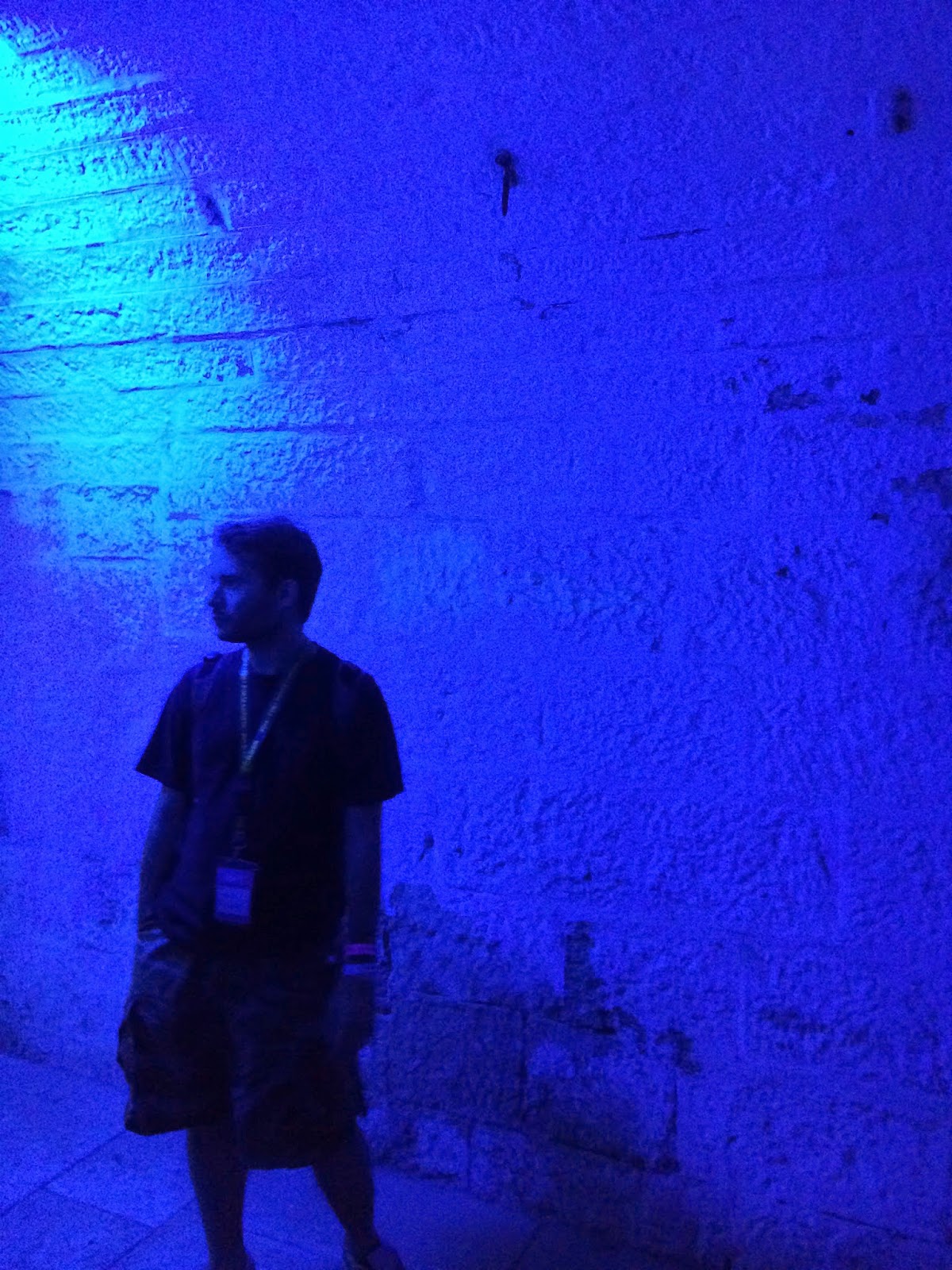 - Logos backstage in the stone fort tunnels at the Fort stage.

And then to the boat party. 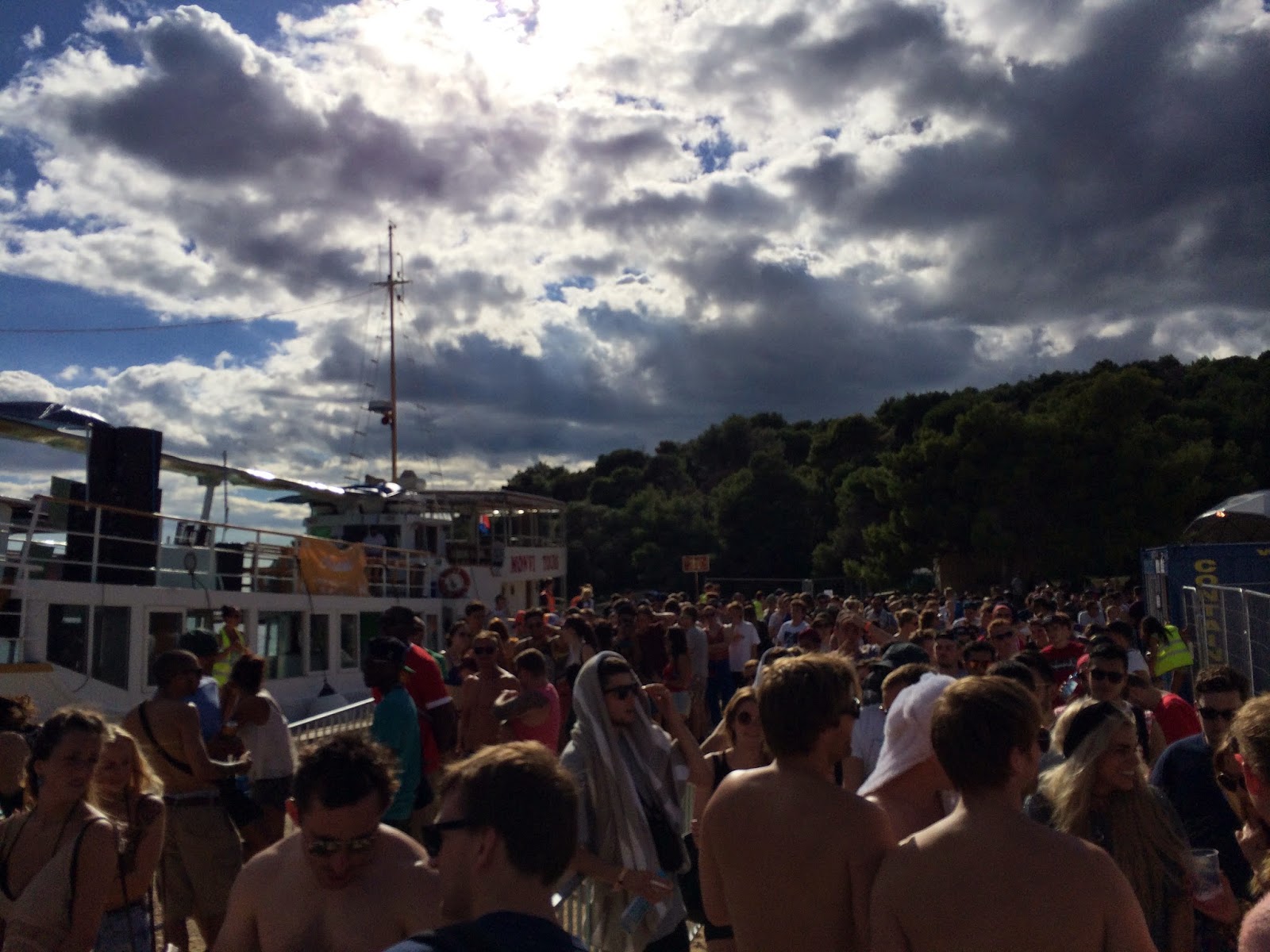 Just thinking about it again now makes me smile, it was too perfect. Warm sun setting, a full boat and some up for it people. The beautiful rock formations plunging into the clear blue sea water.

Now I admit it, when a few DSF heads questioned what we’d play on a boat like this and whether our darker sound would make any sense there, I did have a ponder about what we should play, not least because Dusk and I had already prepared and rehearsed a set we were calling the “Keysound Bangers” mix. Maybe we should just play a classic house set? Draw for old garage? I certainly would be up for doing a one-off Detroit techno set sometime somewhere, just to dust off the UR/Red Planet/Transmat/Planet E 12”s. But nah, if it’s a Keysound boat party then it needs to remain “no compromise”, because that’s the ethos right?

It went off it made me giggle like a kid, smile like a Cheshire cat, feel that warm glow days or even weeks later. Anyway, don’t take my word for it. Here’s the shots. 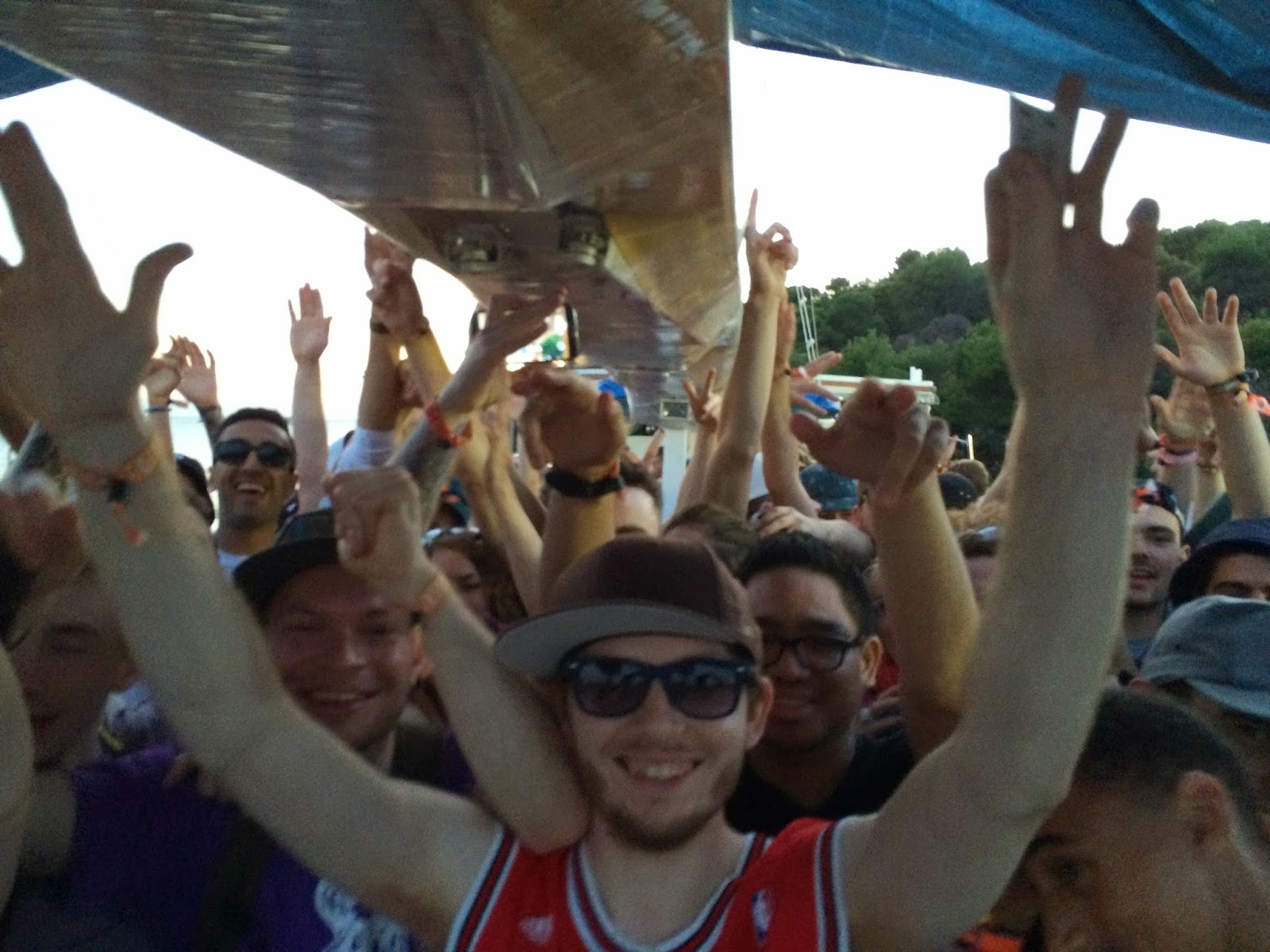 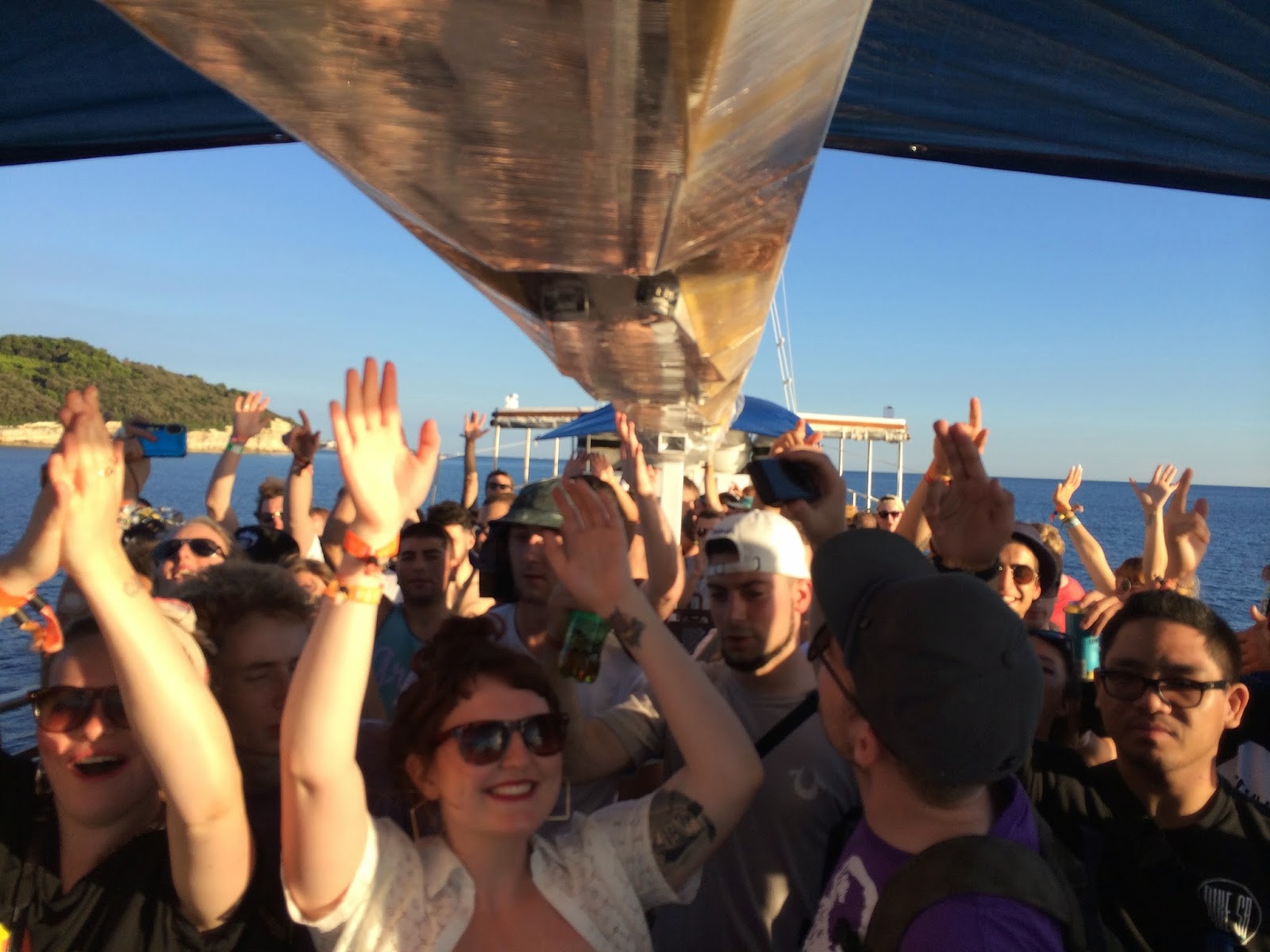 If you were there, you're Keysound Certified for life. If we never play a boat party again, I don't mind: it was incredible. "Bigup you lot"

- Dusk and I have recorded an extended version of the Keysound Bangers set that will be given away free with our next release "Back 2 Go FWD>>".