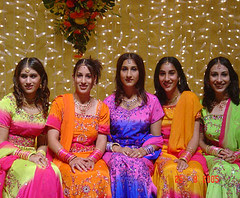 Lata is finally out at Boomkat. Double brapple. Expect copies in Blackmarket and other quality vinyl emporiums soon.

Dusk and I started talking about this release in September of last year, so it's hardly an impressive performance that it drops on July 20th. I'm really sorry if there's people out there that wanted it before this date.

The background is we had bare technicals with the pressing. Producing vinyl from a .wav isn't a simple process, it's a delicate artform that requires a master craftsman. After four TPs we found one: Jason at Transition, one of the scene's unheralded souljahs.

Truth is we could have put "Lata" out before, but I was adamant that quality vinyl a bit late was better than sub standard vinyl sooner... especially in the long run.

So there we go, lessons learned ("get your sh*t cut at Transition"), job done and all that. Thanks for your patience, I hope it was worth it.
Posted by Blackdown at 9:22 pm 9 comments: 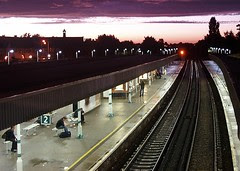 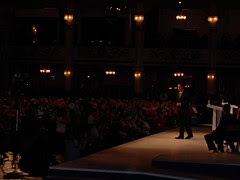 David Cameron
“David Cameron might have a genuine, genuine passion for young people. He might! I’m not saying he doesn’t, but the overarching principle of the day is, like, ‘let’s just be liberal and get everyone to join our party.’ That’s what I think it is.”

It’s a rare to find highbrow media coverage of street culture that doesn’t make the blood boil, so when it does it needs to be acknowledged. This Monday’s Radio 4 Today program broke from their usual editorial agenda to cover urban regeneration and in the process actually seemed to feature some voices and opinions from people in urban London that are directly involved. About time. How come? David Cameron was talking about ‘hoodies’.

OK so my blood’s boiling again.

Not because Cameron was talking about urban regeneration. But because the rest of the media were calling this speech “hug a hoodie”. Arrrgh.

Nothing illustrates the gulf between those who grow up in underprivileged conditions and those privileged few charged with making change, than the clumsy, offensive way the mainstream media grab the wrong end of some catchphrase stick and then use it to beat people with.

A hoodie is a piece of clothing, little more. Utterly ubiquitous since they came over from US street wear in the ‘80s, people of all walks of life wear them. Recently, of course, in the UK the word “hoodie” contains a class slur. Literally, “hugging a hoodie” means embracing a piece of clothing. Except that the intent of the cringe worthy alliterative media hook-line is to embrace people from marginalised inner city communities, only in the most patronising terms possible.

Nonetheless it’s good, if a little strange, to hear a Tory leader embracing tolerant leftist policies, not least when we have a Labour government that when it finds being tough on crime isn’t working, it recommends being yet tougher on crime, perhaps with a little extra hard punishment thrown in.

The problem is with David Cameron that he seems to have a new policy every week. Only recently he was attacking Radio 1 for playing hip hop. Somehow he seems to think this and his new inner city policy are not contradictory.

Hip hop culture spawned the hoodie. Their history is inseparable like punk and the Mohican. So either Cameron is attacking street culture or he’s hugging it? Which is it? And as for attacking Westwood and, after that, Lethal B, Cameron would be better to listen rather than lash out – these are two men that command respect and have genuine reach within the very communities Cameron is trying to help.

The reality is it’s just another example of a politician putting the cart before the horse when it comes to a culture he and his peers don't understand, yet need to if they’re to make positive change. An item of clothing no more causes anti social behaviour than hip hop or grime music itself causes violence at raves (what grime raves these days?). They are functions of a culture not causes of it.

But give or take the infrequent inner city viewpoint on Today packages, the station’s cultural agenda remains so woefully narrow - be it bickering about whether to ditch its ancient theme or Melvin “inclusive” Bragg’s pretentious and inaccessible “In Our Time” - that it excludes the very people that could most benefit from its educational output. Does this not widen the divide between the haves and have nots? 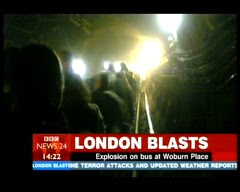 It's been a year since London living was shaken by terror. I remember the tube grinding to a halt several stops from Kings Cross, of a long long walk through the streets, mobiles jammed and only realizing something very serious has happened when dazed people with dirty, ashen faces started coming towards me.

I hope we never see the likes of these explosions in London again. I also hope the people of Iraq and other conflicts around the globe find the same peace Londoners enjoy.

I remember 8/7 and 9/7 - to use the nomenclature - well too. They were bright, sunny days. Friday the capital was uncharacteristically quiet, as people stayed at homes and indoors.

Despite the great weather I decided to use the time productively and turned to making beats. Ever since I swapped a copy of Creeper Vol 1 with Kevin Martin for his favorite dancehall riddims of 2004, I'd meant to refix Sizzla's "Obstacles." Frankly it was just gagging for it.

In contrast to the fear and insecurity of 7/7, 8/7 and 9/7 felt strange: it felt good to be alive; the bombs had reminded me of what I had. A lot of this feeling poured out into the Sizzla refix, completed quickly in two days (some kind of record for me). When I hear it I see the bright sunshine again, warming the streets.

I've spent the year wondering what to do with this refix. The original, 30 seconds of which I took for the intro, is on Germaica Records . I have no interest in financially stealing from them or Sizzla himself, so I don't want to bootleg this mix. But equally I like how it came out and how it came about.

So I've decided, a year on, to give it away for free as a 320 kbps MP3 and a .Wav. Take it, share it, play it out if you like it, cut it if you really really like it, but please no bootlegs. Deal?