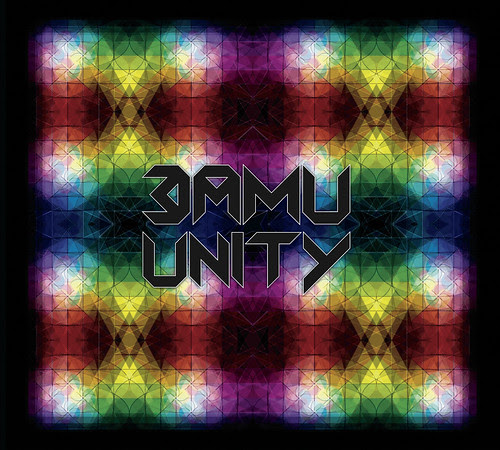 
Breathless by Damu
Posted by Blackdown at 7:45 pm 5 comments: 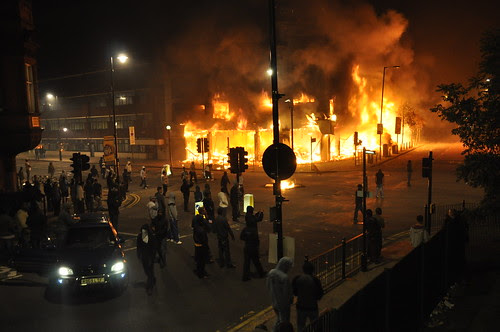 Photo by Henry Langston.
Posted by Blackdown at 10:46 pm 2 comments: 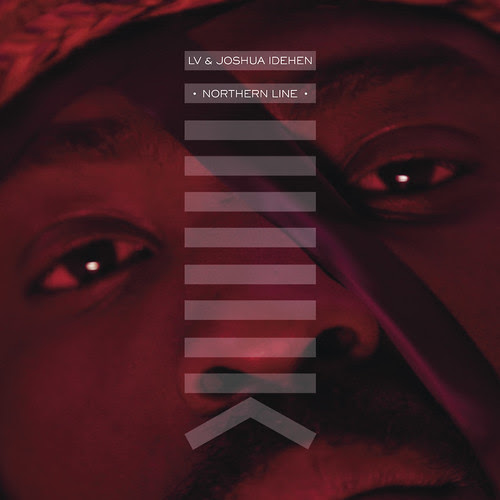 Out digitally September 5th
Posted by Blackdown at 4:58 pm 2 comments: 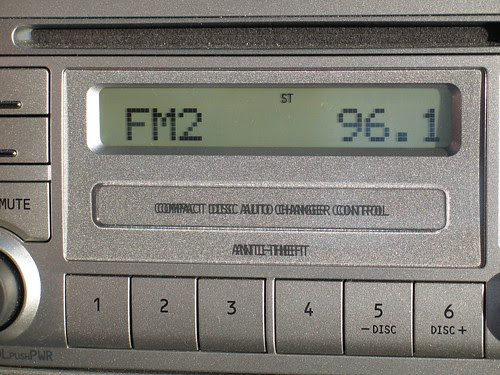 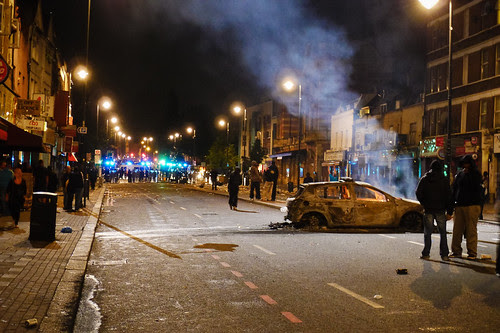 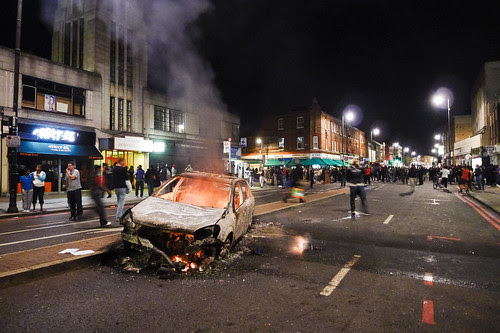 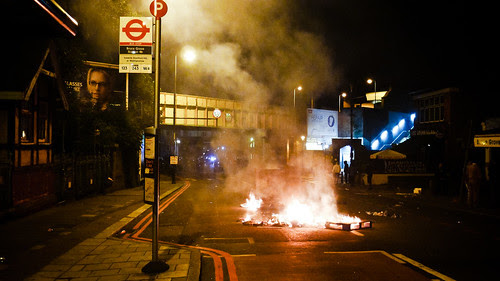 -- Photos of the Totenham Riots by Nico Hogg, full set of shots here.


Nico on taking these shots...

"Most of these were taken up the front, in the no mans land between the mass and the police line protecting Tottenham Police Station, bottles and missiles going everywhere.

It was a very tense environment, a lot of hostility was expressed to people with cameras. Got tangled in a trample of men lashing out against a professional photographer - 15 or so plus some bystanders jeering them on, but others trying to calm it. I had mine snatched from round my neck but managed to get it back... had friends there, don't think a non-local would have been so lucky. to be honest that put me off for a while.

It's pretty difficult to convey exactly how it feels to watch the place you grew up in getting trashed and torced. Still can't really believe it, every time the reality of it sets in another bit of news comes up - those Croydon aerial shots in the news earlier made my jaw fall to the floor. So much tinder in London at the moment."


So what do I think about the riots? I can't condone the actions and don't think much positive of it will come about for the communities involved. I feel for the home and shop owners having their posessions randomly destroyed. What did they do to deserve it?

But as for the underlying causes of the anger and tensions, I honestly have thought to myself it's unsurprising it's not happened more often. From my vantage point these riots seem to be about a blend of opportunism and inequality. The former you can never mitigate but I still can't accept why some parts of London have ever been allowed to fall so far. And when people hit rock bottom, there's a bang.

Posted by Blackdown at 3:29 pm No comments: 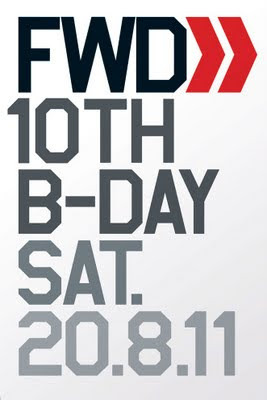 On the 20th of August at a secret east London location, Rinse FM will be commemorating FWD>>’s tenth birthday. To celebrate, they’re telling the story of the music they have championed through the DJs who have made entire years their own. Eleven influential Rinse DJs will play a selection that takes the assembled headz back in time.

Every DJ on the line up, in one form or another, owes a debt not just to the UK garage scene but to its demise and subsequent fragmentation. And no track had more of a catalytic effect on garage than DJ Zinc’s breakbeat anthem “138 Trek.” It’s tearing breaks upped the ante and energy levels from the warm swing of UKG, opening the floodgates for a torrent of new mutations.

Another pioneer to ride the wave from UKG’s flex to breakbeat garage’s power moves was original FWD>> resident Oris Jay aka producer Darqwan. As the darker side of garage began to develop momentum and a sense of identity at the Velvet Rooms, his anthems like “Confused” and “Said the Spider” upped the levels.

By 2003 dubstep, as it was soon to be named, was adrift from the UKG mothership, its own, distinct entity, an no other DJ in any other year can claim more influence or credit on dubstep than Hatcha in ’03. With an unrepeatable exclusive ownership of dubstep’s A-list producers (Artwork, Skream, Benga, Loefah, Mala and Coki), his dubplate-driven sets at FWD>> are the foundation the entire genre is built upon.

The way original dubsteppers pay the utmost respect for Hatcha, so grime – another dark garage fragment – looks to Slimzee, the grime dubplate don. At raves like Sidewinder or as part of the foundational Pay As U Go Kartel or his SuperSunday sets on Rinse, he’d unleash exclusive 8bar dubs and in part by association, break the freshest MC talent. Ask Dizzee.

If Hatcha laid the foundations for dubstep, by 2005 Youngsta began reengineering its DNA, cutting out unwanted base pairs until it was left raw and skeletal. Through his sets, full of Loefah, Skream and D1 dubs, came the dark halfstep backbone that would become the scene’s default rhythmic template.

From the darkness comes light and 2006 was the year the colour came flooding back into dubstep and with it for the first time large audiences. And no other dubstep track had ever touched so many people nor made so many new fans as Skream’s Youngsta-broken anthem “Midnight Request Line.”

As dubstep began to gain popularity so it’s diversity began to narrow. Long since determined to swim against the tide, FWD’s warm-up-DJ-turned-sonic-and-A&R-visionary, Kode9, would begin to plot a new course. Many would later come to know him as he who found Burial, but his journey was long since underway.

2008 N-Type sets are in many ways the culmination of dubstep’s transformative process that began with Hatcha’s flailing bongos in ’03, Youngsta’s dread halfstep in ’04 and went to new energy extremes with N-Type’s jump up b-lines. The stage was set for the scene’s global domination.

As grime shifted from bubbling MC-hosted dark garage raves to a sonically shocking, artist-dominated performances, the aggression and lyrical assault proved a bridge too far for some, who turned to revival UKG and US house for a sense of groove. From that sprung UK funky and its leading proponent, Marcus NASTY.

Dubstep coalescing around wobbly jump-up basslines had a divisive effect on the scene and soon a part of its fanbase had its head turned by UK funky. A new hybrid began to emerge and with that, a new pioneer. Oneman may have made his name with breathtaking blends of UK garage and ’06 dubstep classics but by 2010 he was looking forwards not backwards.

Taking a parallel path, Ben UFO was also inspired by mid era dubstep, coming to prominence via the Hessle Audio label. But this year his sets have shown the influence that has dominated so much of the current creative thinking: house and its newest variants. Blending new and old vinyl, Ben UFO makes it unclear what decade we’re in. Ultimately past becomes future, the end the beginning in this London musical continuum.

Stu & Shaun get their props 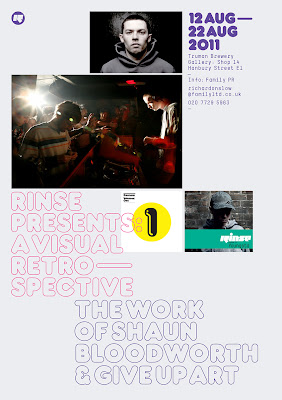 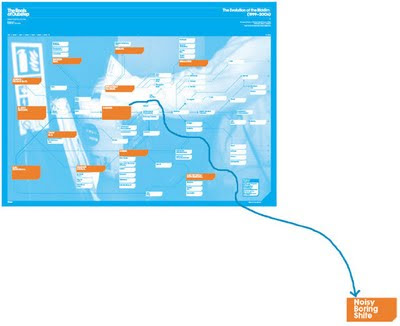