We moved our Rinse FM set forward this month. It was this Thurs 16th at 11pm GMT and it went funk > 2step/dubstep > grimewonk. Setlist to follow at some point. 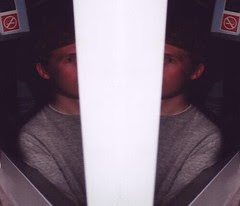 New Pitchfork column from me on Joy Orbison and the impact of the funky explosion. For a wider discussion check the debate in the comments box of the post below this one.
Posted by Blackdown at 1:32 pm 5 comments:

where do u call it I’ve just written my column for Pitchfork this month, it should be out on Wednesday. It features Joy Orbison, who’s “Hyph Mngo” track is just overly-sick. Ben UFO was playing it when I walked into FWD last weekend and I nearly ran from the back to the front to pull it up. (I didn’t, because I having just arrived I wasn’t sure if Ben had already licked it back once already.)

The piece explains what’s great about “Hyph Mngo,” which I’d love to see become an anthem, the influence of funky and some of the DJs that connect to this sound: Ben UFO, Oneman, Brackles etc.

What it can’t and won’t mention is me and Dusk.

I’ve been thinking a lot about our sound lately, production, DJing and label wise. It’s been three years since dubstep blew up and truth be told I’m finding it harder each month to get hold of “dubstep” I like for our Rinse show (I’m not talking about the satellite producers like Zomby or Joker here btw or eski gems from Untold, but dark subby dubstep).

I think it’s probably also pretty clear from my writing, which I’ve tried to keep positive, that I really can’t stand the direction the majority of dubstep is heading in. Mid range distorted heavy metal is a total betrayal of everything we tried to build as a scene, whether the DJs/producers in question invented it themselves or cloned it off someone else. I still believe deeply in what dubstep is and can be, but if that’s it, count me out.

I guess it’s become clearer to me recently where Dusk and I stand, musically summer ‘09, and that is some kind of intersection between dubstep, grime, funky, wonk and 2step. And where is that? London.

Finding inspiration in London is hardly a new idea; it’s hardly even a new idea to us, who wrote a flipping album about it last year! But as I see so many of the dubstep DJs take dubstep global on ever increasingly large stages, I increasingly feel that kind of scale is not for me. Don’t get me wrong, if Yankee Stadium calls, I’m man enough to step up to the decks, but realistically I enjoy Forward and Rinse, both as a punter and a DJ, far more.

When I look around the Rinse roster, as well as the funky selectors, it’s DJs like Oneman and Brackles, who share our Thursday 11pm slot, who I increasingly feel musical affinity with. Dusk and I take a different approach to how we use old school on our show, and I sure would love to mix like Oneman, but selection wise I think there’s common ground.

Hyperdub have been an incredible inspiration in the last two years, but it’s nice to now see a collection of likeminded producers/DJs like Ben UFO, Oneman, Brackles, Braiden, Alex Bok Bok, Grievous Angel, Shortstuff, Martin Kemp and Joy Orbison using Hyperdubs, funky and old school grime ‘n’ garage sensibilities to find a way that isn’t either wobble, dub techno or dull commercial house. To find a way that preserves the quintessential London elements of feminine pressure, rawness, rudeness and all the other nuum factors, without coalescing into just one thing or becoming something unlistenable or unlistenably dull.

In practical terms, this may be as much a question of bpms as selection. Funky rides at 130 bpm, 2step-badman Sully flexes at 134ish and grime's at 140bpm still. I've seen harder dubstep DJs pushing 150bpm. To me, with the gravity of the mass creativity of funky right now, I feel an urge to drop the bpms and up the groove. If this approach is adopted by others this may or may not have the effect of decoupling a large number of the most creative producers, away from the anthem-bashing, endlessly revving wobble guys who really want to turn dubstep into post-d&b noize (and are proud of it).

So there we are. All this won’t be news if you’ve been checking our Rinse shows, come to our sets or buying our Keysound 12”s. But perhaps it was worth saying. Praps not. Either way, let’s roll...
Posted by Blackdown at 11:50 pm 83 comments:

Out on vinyl and digital July 27th.

There will be other 12"s following that but we should also see Dusk + Blackdown v Grievous Angel "Margins Music Redux" on CD later this year, where Grievous mutates our debut album.
Posted by Blackdown at 1:40 pm 7 comments: