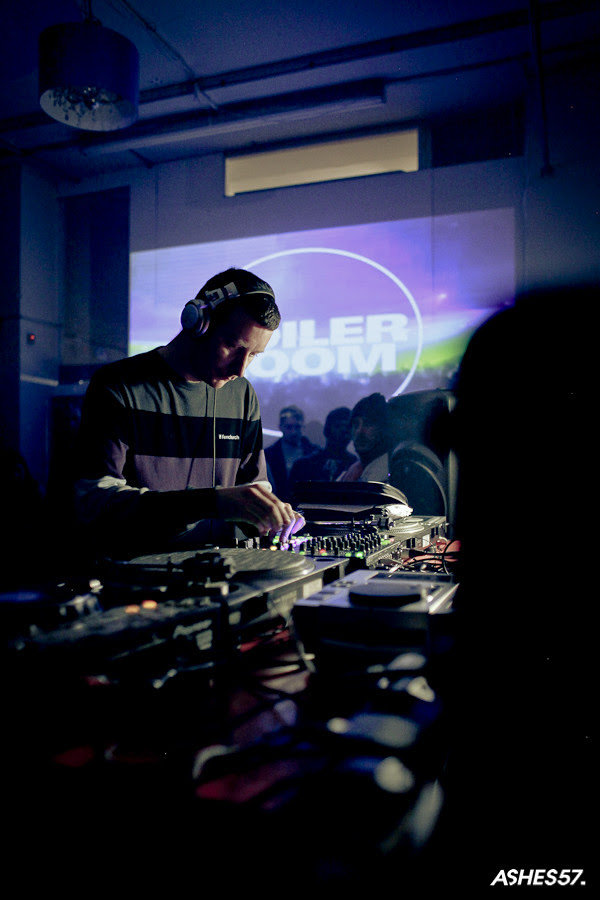 Me, rambling about music with Todd, editor of RA (requires you to be signed in to grab it).

In conjunction, win a one-of-a-kind Skream 12" on Keysound and a Balistiq Beats "Yardman" TP.
Posted by Blackdown at 11:55 pm No comments: 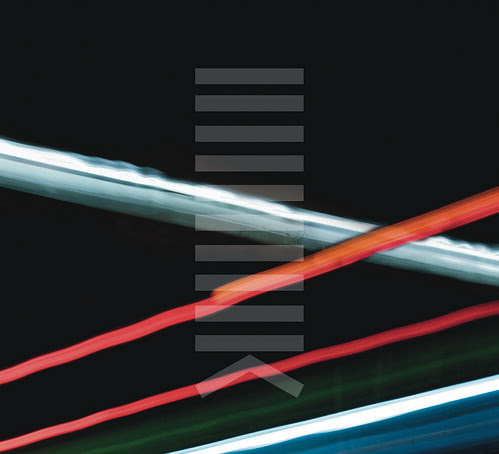 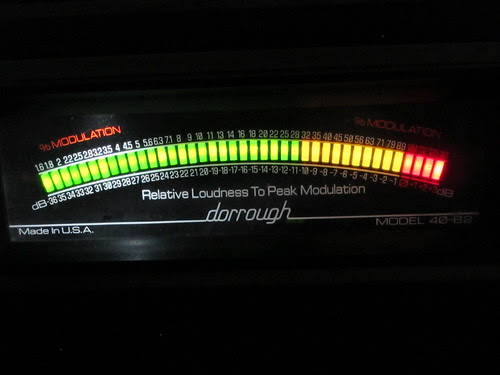 So last year we were luckily enough to do some US dates with The XX and as preparation for the tour, were asked to do a studio mix for Fader mag. Dusk and I put it together in September, submitted it and got on with things. But for some reason Fader Mag chose not to use the mix - we never found out why.

As DJs Dusk and I are pretty committed to the 'upfront selection' guiding principle. The thinking goes, to us anyway, if we're not offering you some sounds you don't already know, why should you listen to our Rinse show or club sets, right?

Needless to say 7 months after we made it, some of these records are no longer upfront. But we put time and love into this mix so we'd hate for it to be entirely lost. We leaked it to the Salisbury Sessions Facebook group last week, but here it is for everyone. We hope you find something you enjoy...

At our album launch at Plastic People, Benji Bars rewound my copy of Omni Trio "Thu the Vibe (2-on-1 mix)" so hard I thought he'd break it. I took that as a compliment.

So when he said he was going to start his first night in the back of a massive old pub on Green Lanes, 50 feet from where "Margins Music" cover was shot and where we drove past with Goodz for the video, well... we thought we'd help him out.

So come join us, especially if you like the best kofte kebab in London. Double Helix is doing a jungle set, muttered something about Hidden Agenda 12"s but dont hold him to it. It'll be like a lock in but with more dubs. Oh and it's free.


PS visit the Facebook group for a little cheeky gift...
Posted by Blackdown at 11:23 pm 2 comments: 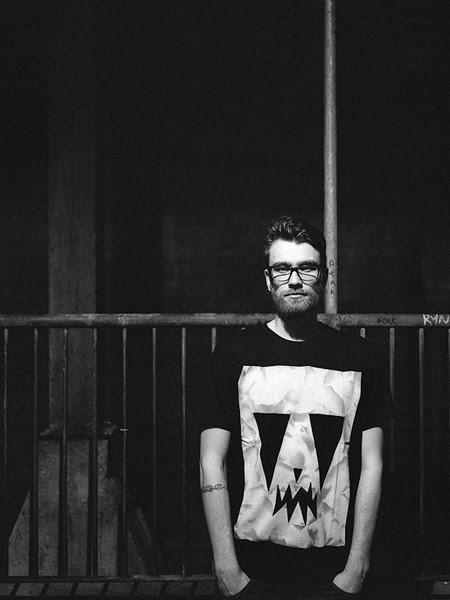 Recently my Pitchfork column featured Teeth. Here's the full transcript. Oh and check the discography at the end if you think you've over achieved this week...

Can you introduce yourself, who are you, where are you from etc?

My name is Matti Pentikäinen, from Helsinki Finland. I work under the alias Teeth.

Can you tell me a bit about the music you've been making recently?

Teeth is a logical continuum of music I've grown up making. A hybrid thing. My background is in West Coast underground Project Blowed / Good Life Café -style hiphop (worked actively with my rap group between 1990 and 2006, recorded for EMI Finland among others). In the latter part of the 90s the sound of Ceebrolistics, my group, started developing towards electronic music, geared mainly by Warp style experimentations and Berlin techno, especially the dubbier side of the sound, Rhythm & Sound and stuff. In the turn of the century, we developed a soundsystem-style routine rapping on top of monotone, chord-filled techno, I remember Main Street Round 4 being my ultimate choice at the time. 2004-05 dubstep emerged as a logical step in the continuum.

The aesthetics and the means we had been combining for years were all of a sudden in a uniform package; the dub side (from Berlin/Detroit techno), the emphasis on the drums and the rhythm (from hip hop) and the 140bpm (ideal for styles, or double time rhyming). All we had to do was to add our raps.

So after a lengthy rap-induced prefix, Teeth follows the same path. My emphasis nowadays in on the rhythm and the stripped aesthetics. Rawness, if you will. I'm a pretty black and white person, simply into drum machines, garage swing and an impact.

502 is the future. Quite simply, Oneman is on point. The Jay Weed songs on the last 12" are some of my favorite music of late, a beautiful mixture of rhythm-driven percussions, space, concentration and somehow the same rooted feeling I get from the DMZ releases, especially the earliest ones. Even though 502 is only three releases strong, there's a sense of a sound they're after. I like that.

How did "Shawty" come about, why did you pick 147bpm and where did the sample come from?

The sample is the first 2 seconds of a pretty well-known pop song, actually one of my favorites of late. My wife's into the record and she was listening to it all the time last summer. One day, having started working on a rhythm, an instrumental predecessor of “Shawty,” Maria put the sample on at home. I connected the dots, the stem and the sample, and finished the song the next day.

What was it like to play DMZ and Rinse?

My first attempt at Rinse was a bit of a fail (the mixer had blown up an hour before I was due on). I've also had a karma of sleeping past major parties I've wanted to attend. This happened to my first attempt at DMZ (as well as twice with Dub War in NYC). So finally getting to DMZ and Rinse was a win. I was years late with my DMZ initiation, but still the night Mala and Loefah put on was extraordinary. Honored to play both places, despite the minor technicals.

Tell me about Desto, the man who tipped us off to you?

Desto is the missing link, hahah. No, seriously, I am a big fan of Desto. Not just production-wise, but also as a person. After all he introduced us a while back, right? He's also a vital part of the recent Teeth past. I've used him as a filter before sending my songs to the world. We give each other feedback on music. If the arrangement of a tune is f'd up, I can trust in getting meaningful feedback to make it right. A helper. In a nutshell, he breakdances and makes incredible music. Enough said.

He also tells the most amazing stories about going round to Hatcha’s house and meeting three generations of Hatch’s family. This story is the stuff of keysound legends, ask Dusk after our trip to Tampere. Anyway, ahem... What is living in Finland like?

Have to say, I like Finnish people. Even though the weather can be completely foul for 7 months of the year, the people are cool. Finns get to the core of things, without too much hassle. Case example Dead-o, who started trading cassettes with a couple of Californian underground rappers and ended up starting an entire movement in Finland. I feel it's due to the "hermit work" of people like Dead-o, that Finns end up coming up with interesting variations to brewing phenomena.

Who else from Finland should we look out for?

The following names are in no particular order. Coming down from 140bpm: Non Person, Desto, RRKK, Clouds, Tes La Rok, JKRL, LAS,... A whole bunch of interesting music and a lot of people with abbreviations for names. Coming up from 120bpm: Renaissance Man, Femme En Fourrure and Lil Tony. DJ's (besides everyone mentioned in the 140bpm list): Anonymous, Tanelee and Smoodie. Otherwordly: Vladislav Delay, Samuli Kosminen (the drummer for Islandic Múm), Matala, Huoratron, and Lunne. Rap: Kylmä and SRKKPJT.

Can you tell me about the experience of writing music. Why do you write music? When you write music, who or what are you thinking about? How do you feel?

Have to admit, Teeth is pretty purpose driven. I'm a father of a three year old, so my production hours are limited. It's a process of to do-lists and 'get shit done'. Having said this, I enjoy working like this, setting goals, pushing myself and coming up with a finished outcome. My aim is for impact and straightforwardness. A lot of stuff I've done along the years has been fluctuating, blurred and undefined, like Aavaavaa my poem book / cd-project from 2005, but Teeth is focused.

Many of the scenes you mention (UK dubstep and electronica, US rap, German dub techno – one thing that links them is their geographical distance from Finland. Do many of the big canons of underground music traditionally seem distant to you in Finland or does enthusiasm for them and internet connectivity make them feel close? Do you think your relative geographical distance from say, LA, New York, London or Berlin (the sources of some of your inspirations) make any difference to how you make and enjoy underground music? I’m especially interested in the difference between say “inspired by” and “contributing to?”

Our initiation to West Coast rap was in the era of trading cassette tapes, rote learning underground music mags, and meticulously studying the credit lists of existing records to get to know what was going on in California. Ultimately pre-internet. So I think some of that is still present in how we perceive these phenomena.

We definitely perceive the flow of ideas a bit differently here. I feel there's a continuum of sound development and living off the heart of it all gives you a possibility to approach the development from an angle. To twist it slightly Finnish, slightly boondocks.

On that note, how do you think of your music in terms of genres or likeminded (international) producers? You write at 147, 130...

Guess I'm aiming at fitting the aforementioned continuum, in one way or another.

Why did you call yourself Teeth?

Names are weird. Whimsical ideas of what sounds good, and then you stick with one. Teeth stuck.

Did you really hurt your teeth in an ice hockey incident before DMZ? Tell us about that or was ASBO making it up?

My cheek actually. Yup, I got hit by a hockey puck the night before and I looked like a onesided trumpeteer at DMZ. Quoting Pokes: "An inch away from being called Gumz".

Do you miss working with vocals, as you did with Ceebrolistics?

Not really. With vocals you have to have something to say. I thoroughly enjoy not having to say anything for a change. At the moment I prefer working with other people's vocals rather than my own. Having said that, I used my own on Vibrate.

Can you tell me about some of your forthcoming releases and dubs you have written? What is inspiring you and what directions are you exploring in your music?

I like drum machines, obviously. Sequencing. Alterations. The 808 vein. The time is fruitful to be making music, as a lot of the influenced I've been into along the years all of a sudden fit together, ghetto tech, percussive house, audio of my wife going through her singing practises (used on most Teeth tracks in one form or another), techno, etc. I guess the ideal is a rhythm that is simultaneously stagnant and organically living.

What DJs have been playing your music and how does that feel?

Well, apart from yourself and Dusk, Oneman obviously, Ben UFO, Club Cheval guys from France, for example. As well as the Finnish DJs of course. Opened a bubbly with my wife for the first Rinse plays.

The 90s was an era of slanging tapes "out of the trunk of a car" in a true backpack rapper-style, so everything was self-paid, independent and self-released, pressings ranging between 300 and 3000. Our first pressed release was a cassette ep titled Spring in 1994-95, the first album A Day Of The People In Between recorded in 1997 and released in 1998. A curiosity fact: performed at LA's Project Blowed in 1998. All through the 90s I was principally a rapper. Started getting into production mid-00s.

Photo by www.jimmymould.com
Posted by Blackdown at 10:58 pm No comments: