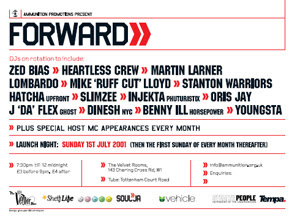 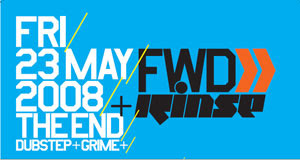 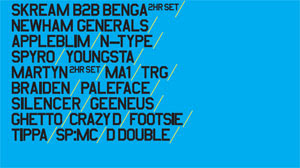 Posted by Blackdown at 1:46 pm

great rundown of the past and future of FWD>>, respect

looking forward to 23rd may!

how do i ensure i'm not "disinterested passing traffic"? do i have to sit an exam, get ten stamps on my loyalty card, or is it OK just to like some of the music? i'm thinking of dragging my arse out to a club night and i'd *hate* to cause offence by turning up somewhere where i don't meet the stringent requirements for levels of personal commitment to the genre.

make sure you give a fuck about dubstep...

finally TRG over there... get ready!

you should find this interesting

congrads on the move to sundays have a great night!!!! Peace Killer B