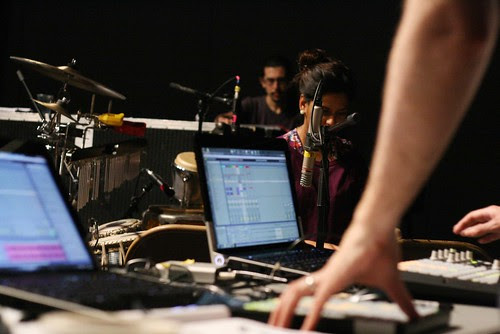 Locked in rehearsals for Margins Music Live is a funny blend of emotions: a mix of apprehension, excitement, tiredness, euphoria, stress and satisfaction. In this recent weather, it mostly smells like sweat. We've not had any blood or tears yet, despite Renu the drummer running Dusk over at 5mph, but I'm sure it’s only a matter of time.

Little wears me down more than dull repetitive rhythms of life, of the things imposed upon me that just have to be done, day in day out. So simply escaping those cycles alone has been a joy, utterly liberating. I didn't know Deptford before, though I knew the routes through South London to it as it's on the way to Transition in Forest Hill, but it's an amazing place in the epic sunshine, as it has been this week. Bowling past the African shops selling snails as big as a grapefruit or through the bustling second hand market full of clapped-out guitars, piles of shoes and busted stereos on a Wednesday, makes me think I couldn’t have found myself in a more suitable place to try and build a Margins Music Live project. 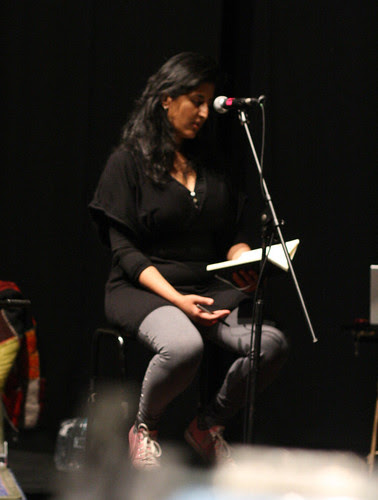 The Albany is an oasis and having been encamped there this week I'm staggered it's not talked about more. A live venue, arts center, children’s park, cinema, recording & rehearsing studio, great cafe and community hub rolled into one: it's amazing. Walk into the cafe on a Sunday and you're likely to stumble across guys playing African instruments, singing in French accompanied by vibes players. Taste the cooking and I'd strongly recommend the spicy chicken. 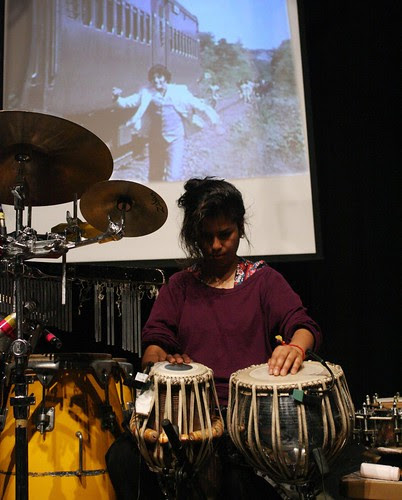 Being locked away in this rare blessing of weather should have been cruel, instead it's been a week like no other, trying to re-imagine every bar from four or more years worth of music with percussionist Renu, two female vocalist Farrah and Japjit, a synth player Bobbie, a sound engineer Camillo and our VJ Jonathan Howells. Goodz we'll link with in due course, same for the special guest. Trying to make sure everyone knows what they're doing, and when and where at all times, finding the space between dusk + my studio album and "our" collective live project... well, I keep leaving the sessions feeling like I've had a light lobotomy. Tired but anxious/happy is a funny mix, but right now I'll take it.

The trick is to go from this... 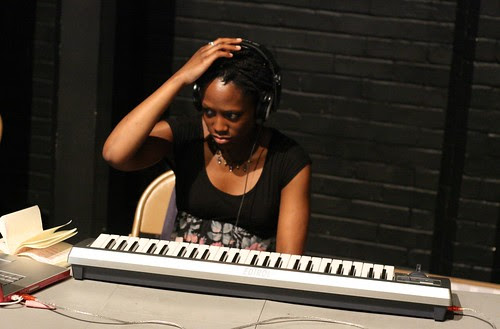 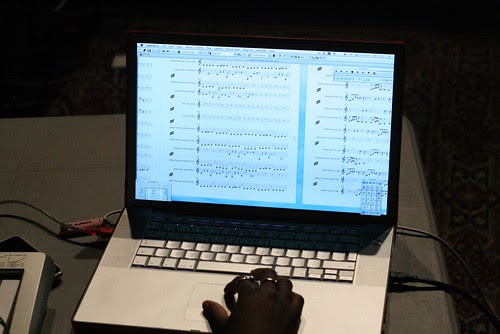 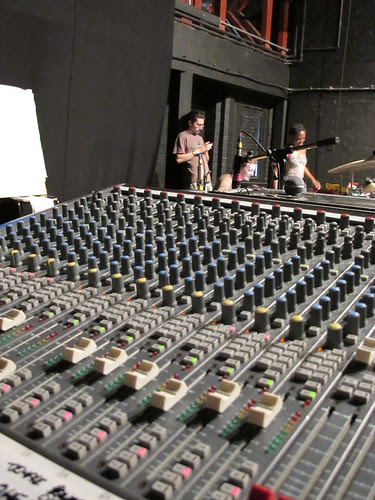 Bobbie is baffled by our made-up string parts, we find it funny when she imports them into proper stave-notation. As a rare funk 7” DJ, we can't help but get the James Brown/JB's sample "Bobbie, I don't know..." stuck in our heads every time she says “now, how does this bit go?” She must hate us hehe. Camillo uses the mixing desk like an instrument and knows how to mic up Renu's tabla's properly. When Renu gets deep into a rhythm she leans forward, eyes down and this lock of hair comes over her face as if to protect her groove from interferences. She says she prefers polyrhythm’s and isn’t so good at straight stuff. Vapjit's voice is inversely proportional to her height, Farrah's voice in twice as good as she realises. And what Jonathan's done to some grime MCs is gassed, literally, as in he's vaporised them, blown them through the digital air...

MCs aren't gassed, they get vaporized... Exclusive unveiling of the Knife & Gun (Blackdown remix) video, made as part of 15 or so new visuals for the Margins Music Live tour by Jonathan Howells.

I'm currently dreaming in Ableton, a reverie of grids and boxes 6 wide and 150 deep. Working out what six other musicians should be doing at any one time is just the start. Pressing play on Cubase would have been so much easier, but it just wouldn’t have felt honest, nor would have outsourcing our beats or basslines. Which of the 6x150 lights should be flashing small green triangles right now? Now there's a question indeed.

Another is, will it all work? Truth is, I hope so but I don't know. It's been one of the hardest and challenging things I've ever done over a short period, but inspirational too. But I can honestly stand up and say in terms of sound, impact and bassweight, it sounds like Dusk and I, so that much is encouraging. We're certainly getting there but we just need to see if the sum is greater than the many parts. If you can come to some of the gigs, I guess you'll let us know. I’m not sure if we’ll ever be able to put something like this together ever again, so come see it while you can.

Live debut is 5the June - London The Albany ft Durrty Goodz + special guest + DJs LHF and James Blake, then on to Brighton, Manchester, Reading and Kendal with DJs including Starkey, Grievous Angel, LHF, United Vibes, Kowton, Scratcha DVA. More info on the Facebook page.
Posted by Blackdown at 10:19 am

sold. very much hoping to be at the gig at the Albany.

i was going to be coming to london in june but have had to postpone my trip. really hope to catch the live show one day, it sounds great. good luck with it.

Fuck I didn't realise you were going THIS far with it! Next level!

This far and a little way past that...

Will Starkey be djing at albany?

nope. Starkbot in Manchester. James Blake & LHF at The Albony.

Hope this all comes together for ye.
Looks intense.

Excited about tomorrow...looks like doors at 8pm but any idea what time the night'll run to? Trying to plot my route home. Thanks...