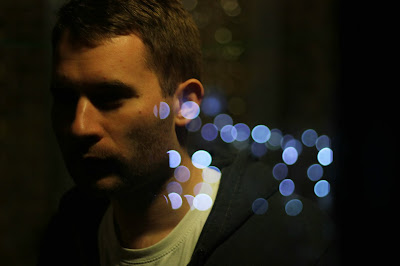 So some of the Keysound lot - myself, Dusk, Etch, E.m.m.a., Moleskin, Wen and Logos - did a profile for Fader Magazine recently, which gave E.m.m.a. and Moleskin just the chance they'd been waiting for to use the offcuts from their recent RHS photoshoot.

Here's somes questions I answered that didn't make the team the cut:

F: It’s almost impossible for people to keep a hold of their modernist impulses as they grow up and as more things happen in their lives, but Keysound has never lost track of their mission. When did you both realize that driving things forward was a conscious project?

B: There’s a part of me that is incredibly purist about music. It has been such an important part of who I was growing up and who I am now, and music continues to have such an intense effect on me, that I constantly seek to optimize it: to find those tracks that make you dance, or drive like a madman into the evening, or hug some you love or make you want to dissolve into light.

Equally, I’ve always been very suspicious of music made overtly for other motives, most of all money or fame. It feels disingenuous and you can spot it a mile away. Never trying to put food on the table using Keysound – it’s impossible, now more so than ever – has liberated us to be very focused on what we do; which is to seek out, play and release the music we believe in. So, to return to your question, it’s of greater curiosity to me why others don’t hold their ground, rather than why we continue to look for inspiration.

Fader also asked about "the new producers on your Rinse FM show" an I also included some quick thoughts on a wider pool of producers that have been inspiring us this year. The feature picked out individuals from the Keysound release schedule but in a community there’s always a multitude of participants. So in case you haven't encountered them, here’s a few people you shouldn’t miss…


People will look back on Beneath as a pioneer in this thing, I’m sure of it. And while he’s since boldly dropped his bpms to make dark evolving grooves, his combination of Youngsta’s dread and UK funky’s rolling drums was a landmark step in this movement.


Good friend of Wen, Etch and E.m.m.a’s, he works in the legendary Blackmarket records and runs Soundman Chronicles. But Parris’ real talent is his mix and blends, which he does on actual dubplates. He bashed up Fabric on his debut: one to watch

He was well known long before Keysound but has been great to have on the team. His collaborations with Logos is an incredibly fruitful partnership.  Honestly, I don’t know what “In Reverse PIV” actually is!


Luke Benjamin is a producer but most of all a vocalist and his dread, road prose is inspired by – but in some ways is the antithesis of - grime.  Check “Asha”, a karmic travel diary.


Like Logos, Rabit inhabits the grimey, eski space that Boxed are pushing – yet he’s from Houston, Texas. He featured on our “This is how we roll” compilation, joined us on Rinse and at Fabric recently. He’s collaborated with Luke Benjamin and Logos – the latter featuring on the “Cold Mission” album.

His 2011 album for Keysound a brave explosion of synthetic colour and virtuosity. After a period of honing is studio craft, he’s back with some really powerful 130. Part grime, part caustic synths: the inability to define tracks like “iPolice” and “Whirlybird” only makes them more compelling.

A producer both Dusk + I and Parris have been playing a lot, Facta rolls between 130 and 140 with a dense percussive sound that has the space & dread of later dubstep but the groove of the earlier “Roots of…” era.


In earlier decades you needed to be geographically co-located to participate. That’s no longer a constraint. New Zealander Epoch makes strange, warped Wu Tang-inspired beats – the antipodean cousins of LHF’s Amen Ra and No Fixed Abode.


Played by the Boxed grime DJs and part of Manchester’s Swing Ting collective, Londoner Murlo makes the most colourful grime around; somewhere between early Jammer and Rapid and E.m.m.a’s recent baroque compositions.

All three have released albums for Keysound and we’d love to work with them again. Sully’s been on a jungle flex of late and has really nailed that sound. LV and Sully were both involved with E.m.m.a’s album; Wen has been playing “Fugese” by LHF in his sets. Write them all off at your peril.

Posted by Blackdown at 9:53 pm