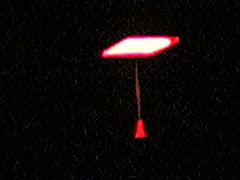 I’ve loved Forward>> like no other club, since its inception six years ago. I’d been badgering El-B to start a night so I can’t lie, like a total fanboy, I turned up far too early to the first one at Velvet Rooms. There was no one there at first but a stush garage industry crowd soon mooched into the venue late and Jay Da Flex rocked it with a headline Ghost set.

So it’s with real excitement that, six years later, I can share with you that Dusk and I will be making our Forward>> debut, in the warm-up slot next Friday (31st August).

Although its evolved, I’ve lost count of the amazing sets I’ve seen at Forward>>. There’s Jay Da’s aforementioned Ghost set at Velvet Rooms, and several Zed Bias rinse outs there too. I recall Slimzee and Maxwell D there in the proto-grime, Pay As U Go days.

Moving to Plastic People – a far superior venue and still my favourite place in London – makes me think of Youngsta cutting up dubplate (!) doubles of “Request Line,” Roll Deep shocking out to “Request Line,” Mala b2b Loefah smacking it, Newhams pon mic, Kode9 dropping “Subkon,” and most of all those peerless 2004 headline sets by Hatcha which really set the cement in dubstep’s foundations.

Given all this, it’s a pretty serious opportunity, being given the chance to step the few yards from my favourite spot in front of the speaker, to behind the decks. But really and truly, when your name is called it’s important to step up.

Since autumn last year Dusk and I have been quietly focusing on building an entire new Keysound set. For anyone that’s tried to build, they’ll know it takes hours, days, nights, and quite often years. All going to plan, we’re hoping to present what we’ve been working on at Forward>> alongside some tunes we've cut by some of our favourite producers. As I said, we’re playing the early set 10:30-12, so if you’re up for hearing what we’ve been building, try and reach early if you can.

This is probably also a good occasion to mention our new single too. Keysound’s been a bit quiet this year, overwhelmingly because we’ve been focusing on the slow process of writing but we’re trying to ensure the pace picks up a little from here on in.

Our new single is done and will be out in October via Baked Goods:

Audio of the single is now available on MySpace and Virb.

Both tracks are built from a master template we assembled of samples from the Chinese instrument, the cheng. “The Bits” is essentially Trim over three separate but related grime-inspired cheng riddims, juggled together. “Northside Cheng Dub” is also built from cheng samples but is more dubstep focused. Together we hope they form a kind of dark Sino sonic reflections of the London experience. I hope you can join us for their airing, next Friday at Forward>>.
Posted by Blackdown at 8:38 am

After posting up your excitement before your FWD debut, I can only share in your anticipation!

my lady got a CD of chinese stuff from some visiting musicians on a gig she was stage managing...

...was thinking it'd be perfect to dubsteppify cos it's got no bass and no beat

so yeah looking forward to hearing what you guys have done...

What the man said!

Obviously, I totally agree with the guy's succinct comments above. And Northside Cheng Dub is fucking amazing

Ah. sorry had to remove Mr "MANIFEST DESTINY POSITIONING," from above but thanks for the feedback Tom. Bigup.