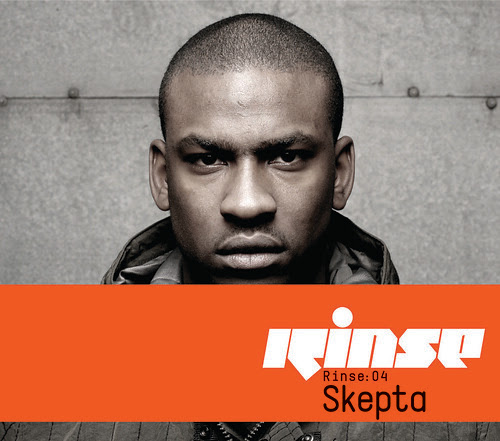 Blackdown: So Wiley’s “Wearing My Rolex” has become the first tune featuring a grime artist to be signed to a major is ages. The dance to it and your follow up “Rolex Sweep” has become a YouTube phenomenon. Tell me about how “Rolex Sweep” came about?

Skepta: “It’s about girls taking a guy’s Rolex and she starts dancing with it. Wiley’s saying he can give his girl the Rolex and I’m saying she starts to do the Rolex sweep with it.”

B: You seemed to move really quickly on this one…

S: “Yeah. Because it’s getting noticed so quickly we’re figuring out what’s the best way to release it. We jumped a bit ahead.”

B: Tell me about the dance to “Rolex Sweep,” because people know about the dances in hip hop, with Soulja Boy in the states have been dance moves with hip hop tracks, but that hasn’t been the case with grime much. So how did you decide to do it in grime?

S: “A lot of the time a lot of ideas come from having fun, laughing and joking. I said to Wiley why did you make “Wearing My Rolex” and he said “y’know, sometimes you’re in a club and you’re talking to a girl and you’re so drunk that she might say ‘oh let me wear your rolex’ and said “yeah and you give it to her and she goes to the bar and tries to show it off to the bartender and she starts dancing with it and stuff,” and he was like “yeah, the Rolex sweep” and that was it. We just started dancing.”

“We, people in the UK, have been dancing since like, the ‘90s, it’s not nothing new. I’ve always seen people doing weird dances in house raves, funky house and bassline raves. There was in grime, people use to do the little gunfinger skank in raves, but people stopped now because it’s really MC-based, the scene now. But before there was dancing, so we just thought ‘yeah man, let’s just do a dance.’ Obviously Soulja Boy’s just come out but we’re gonna play on that in the promoting of the track.” 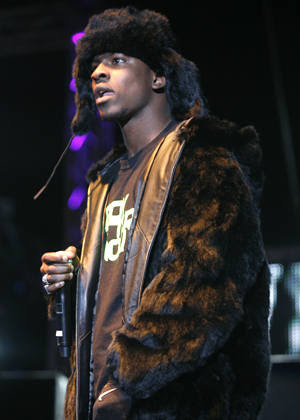 B: The thing is a lot of other grime MCs take themselves very seriously, and I don’t know if they would have allowed themselves to be seen to dance. What makes you different?

S: “The way I see it – I was having this conversation with Wiley the other day – I think a lot of us, as artists, forget we’re the pioneers of the music. The kids have just come along and grown up on grime and they’re really narrow minded about things and they think an MC is supposed to be a specific way. He’s supposed to wear a specific hat and dress a specific way.

“It’s like I wrote a lyric the other day about making money, a track called “Over the Top,” and at the end of the track I say “I’m not saying I’m a rich man or a bather, just saying go get money…”. And everyone seems to have commented “ah Skepta think’s he’s gangsta because he’s making money, he’s talking like he’s rich, and he’s not even rich” and I actually said on the track “‘I’m not saying I’m rich I’m just saying, get money.’”

“They’re really naive about things: in the music you’re not allowed to talk about money, clothes, wearing your own Boy Betta Know T-shirt. They want us to talk about guns and fights and shanks and clashing for the whole thing. So I don’t really see myself like that and I try not to care what people say, and I just do me and live how I want to live.”

“When me and my friends go out, we’re always dancing. No one can call me fake because if you go to a funky house or grime rave and a song came on, you will see me and about 15 of our friends doing loads of different dances. That’s just what we do man, so I just wanted to incorporate it. My music: I just wanted to show me. That’s what it’s about.” 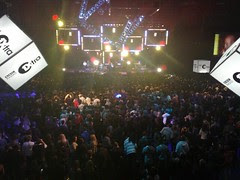 B: You recently played to an audience of 5,000 at the 1Xtra Live event. How did that feel?

S: “Yeah, it was a bit scary man. I’ve done shows like that but I’ve never done them in England before, they’ve been abroad. I did one in Brussels with 4,000 people but they don’t really understand you properly and you’re not up against Akon or Chris Brown in Brussels so being up against them in England and knowing they’re gonna watch it back on YouTube I was a bit nervous.”

“But the butterflies are in my stomach when I’m not on stage and that’s the weirdest thing about it. When I’m behind the stage and they’re saying “Alright Skepta, you ready? Ready? Going on in one minute…” That point there is when I’m so scared. But as soon as I say my first word on the microphone – “yeah” “yo” – then I’m gone, I’m in my own world and I just think to myself and put on a show for them.”

B: One of the frustrations for the grime scene is that in general it is not allowed on those stages. How do you feel about the fact that now electro tune “Rolex Sweep” comes along, suddenly the doors open…

S: “We have to realise that the people that make our style of music we’re not the majority of the country, we’re a small minority of what the country listens to and what’s on the radio at the moment and what Radio 1 is supporting. They’ve got a reputation to live up to and music to play and they’ve got certain target amount of listeners they’ve got to hit so they don’t want to jump in and support grime, I wish they did but certain times in the world you’ve gotta work with what you’ve got.”

“We know how the radio works and sometimes you do have to make a “Wearing My Rolex” but now it started from there to going on stage performing “Wearing My Rolex,” “Gangsters” “Duppy” and “I Wear My Own Garms,” so you have to learn to break into things.”

“So Boy Betta Know is working on their own album now called “VIP” coming out. It’ll have “Wearing My Rolex,” “Rolex Sweep” “Doing It Again remix” and a song called “Too Many Mans”. Loads of new songs, it’s gonna be smash. It’s coming out on Boy Betta Know, a lot of people want to sign it but we want to keep it for ourselves, for the summer. “Wearing My Rolex” is unknowingly the first single off our album, it’s going toward the campaign of it.”

DJ Skepta mixes the next edition of the Rinse mix series.
Posted by Blackdown at 12:45 pm

No disrespect but, it's "Boy Better Know" not "Boy Betta Know". They even have t-shirts and mixtapes with it written on.

grrrreat... subbing pedantry in grime, the scene that's revelled in the malleability of the English language! Next!

Sorry, blame my old English teachers but anyway it was good interview as usual.

the rolex sweep tune is rubbish though innit

How is is crap...i should slap you, if anything its important to the grime secne!

Blackdown....
Great interview, you never asked where he got the inspiration from, for the Rolex Sweep tho. I bet he was watching some bait late night VH1.

B: So how did you decide to do [a dance] in grime?

S: “A lot of the time a lot of ideas come from having fun, laughing and joking..."

*Goes back to perfecting the sweep*

I am happy to see an MC/grime cat own up to and promote dancing at raves!

I think dancing to music is such a different relationship to it than listening to it for lyrics - I've turned off from a lot of grime because it isn't physical enough for me. That part of the music is important and often more powerful for me than wordplay.

But it's also because the roles for the wordplay are often so narrow.. I am glad to see Skepta pushing back on the assumptions about the proper way for people (especially men) to relate to the music.
I like his way better than "Lean Back"!

hmmm I'm sure people were dancing before the 90s!