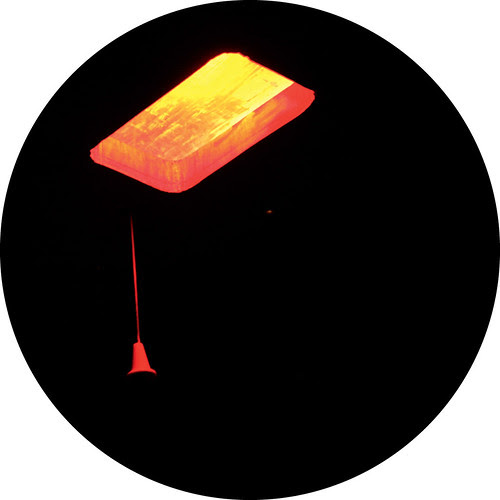 Official Statement from the Management of Plastic People

"Hello everyone and thank you very much for your support. We know that Plastic People is loved by all of you, but we could never have predicted the reactions from so many people in such a short time. It has been overwhelming. On behalf of everyone here at Plastic People, special thanks to Benny Blanco for starting the ‘Keep Plastic People Alive’ Campaign and to all of you who are showing your appreciation for what the club has done over the last 16 years

Charlotte and I are in no doubt how serious this situation is and as a result had a meeting with the solicitor yesterday. This does not mean that all hope is lost and that Plastic People has come to its end. However, it does mean that we must do all we can to co-operate with the Police and Hackney Council in order to ensure that we can keep the best dance music venue in London open for all to enjoy.

Here is a breakdown of the whole process:

• The police have made an application to Hackney Council for a review the premises licence at Plastic People on the grounds that the way the management have been operating the club has breached the existing terms of its licence and failed to prevent crime and disorder and public nuisance.

• The notice outside the club’s premises will be there till the 11th March, which is the closing date for representations to be made by ‘interested parties’ (unfortunately this does not include you guys, but there may be an opportunity for you to make a contribution, see below) for or against the closure or any other outcome of the review.

• After the 11th, the licensing department at Hackney Council will, within 10 days, write to all parties concerned to invite them to a sub-committee hearing on a given date at a given address where they would make their case. That hearing should take place by the 31st of March.

• It would then be up to the Committee to decide on the eventual outcome which could be one or more of these:

(a) To revoke the license altogether;
(b) To suspend the license for a period not exceeding three months;
(c) To modify the conditions of the license;

Once a decision has been made, we would be notified and in the worst case scenario, we would have the option of appealing, but our current aim is to work with the Police and the Licensing Authority to find a solution that is satisfactory to all. Having never had problems with our licence over 16 years, whether in Oxford Street or Shoreditch, we are optimistic that this will be possible. Whilst the management concentrate on working With the Police and Hackney Council to address their concerns, much still needs to be done. Unfortunately, we can’t make the full version of the Police application openly available at this stage. A collection of people involved in the club are setting up a Committee called Friends of Plastic People. They will gather people’s experiences of working with and attending Plastic People over the years. They will meet this week and no doubt they will let you know how you can help.

I would urge everyone to hold back on making representations to the Police or the Council in the meantime, but by all means carry on spreading the word.

Once again, my most heartfelt gratitude to all of you!"


Truthfully, I'd be totally devastated if Plastic People closed down, there's nothing like it in London. It is totally fundamental to London-based bass music: from dubstep to early grime, breakbeat garage to UK funky and broken beat, it has incubated so many amazing sounds that have subsequently gone on to conquer the globe.

Hatcha's sets there changed dubstep forever. Kode9 cut his DJ-teeth there. Burial's "Archangel" was first played there: say no more. I've lost count of the number of my hero's who have played there - I once saw Mala hand over the decks to Wiley and Roll Deep. I've lost count of the number of people who I've seen play there and become a hero of mine and subsequently so many other people around the world.

DJing there was one of the most amazing moments of my life. Privately, I've feared this day for many years: I profoundly hope its not about to come. So we need to fight for this special place.

Please join the Facebook group here. Remember joining the Facebook group isn't the solution just a means to get organised. When the committee called Friends of Plastic People is formed we must support their needs.
Posted by Blackdown at 11:12 am

Ohhhh my gosh! Sad news! Even for me hailing from Zurich Switzerland my five visits to FWD @ Plastic People were changing my life in a way that I cannot describe... the atmosphere, the people, and the intense sound… it is (hopefully not was) my favourite Club in LDN! I cannot imagine coming to LDN and not going to Plastic People!
I wish all the best to the Management to save it and keep it alive! Especially cause I already planned my next visit for April…
Please don’t let Plastic People die! It’s essential not only for LDN or Hackney but also for Bass Lovers all over the world!
Greetings and may the Bass be with you!
C4TR

This sounds seriously bad. In the last few years FWD>> at Plastic People has been 50% of the reason i travelled to London from Helsinki. It's been priceless telling the stories to the heads back home who haven't had the chance to travel. Every time at FWD i met so many music people... I mean, last time i was there i was hanging out with Quarta330 all the way from Japan, Subeena, the Nine, DéBruit from Paris and a music journalist from New Zealand. Just the concentration of music enthusiasts at Plastic Peole has always been amazing. The music, the system, the lineups, the vibes, the people. Let alone the history. I truly hope this closing down doesn't happen.
-Desto...Helsinki - Finland

This is just quite simply, a load of s***. Ive never, ever been to a place like this, it is just amazing. With all the places ive been to, nothing compares to this. The people: Just amazing, nowhere else can you find such a huge number of people in such a confined space, with no trouble whatsoever. Everyone is there for the music, nothing else.
The place: Everyone knows where it is, because everyone loves it, its just beautiful.
The Police: Well, Hopefully theyre lovely people. Hopefully.